This article was originally published by CBC News on September 25, 2021.

A research initiative in southern B.C. aims to chart the impact of wildfires and human activity on one of the province's most elusive predators — the cougar.

The Southern B.C. Cougar Project, led by students and faculty at the University of B.C.'s Okanagan campus, has been running since January 2020.

So far, it has equipped 27 cougars with GPS collars across three study areas in the West Okanagan, Boundary and Kootenay regions. It aims to have 40 collared cats by the time the project ends.

Project lead Siobhan Darlington said she and her team look at how logging and wildfires affect cougar habitats, eating habits and movement patterns. 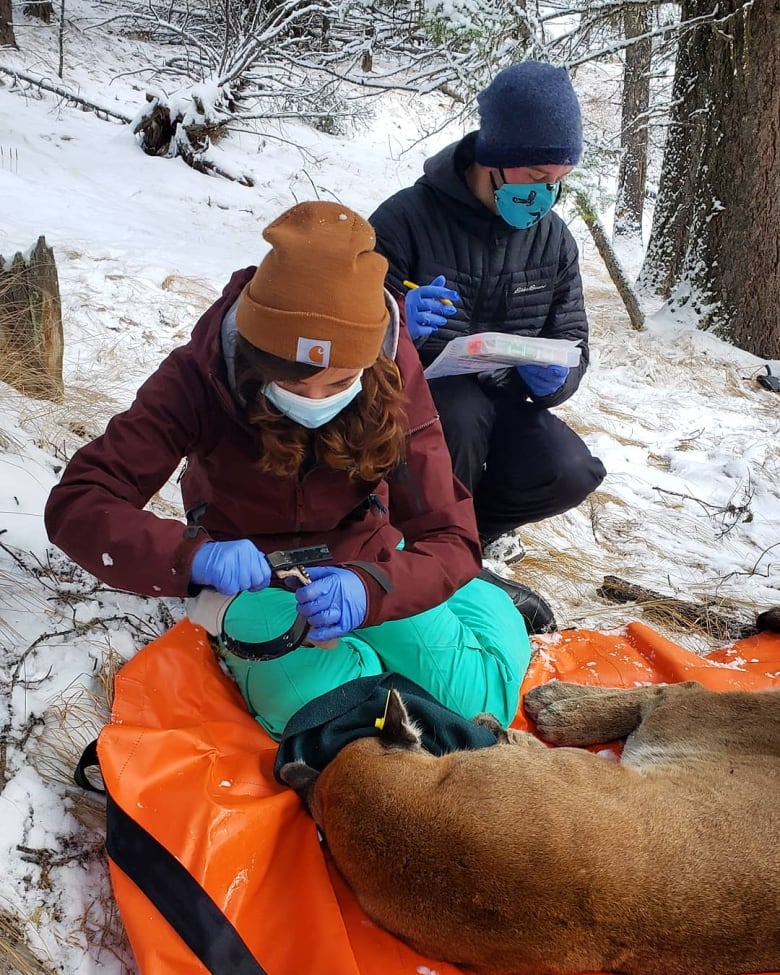 The project aims to collar 40 cougars and study their movements through GPS. Teams do this in the winter with the help of hounds trained to sniff out cougars. (Submitted by Siobhan Darlington)

"[We're] also learning things about where they have their dens. Like, we had one female who [made its den] just between two of the Okanagan's big wildfires this summer," she told Chris Walker, host of CBC's Daybreak South.

"We don't know yet what the impacts are, but we are studying them for the next few years."

Darlington says there are an estimated 7,000 cougars across the province, but no accurate counts exist. She said getting a more definitive number of cougars prowling the Okanagan was one of the motivations for the study.

Interactions between cougars and humans are rare. However, Darlington says young cats might run into towns when they leave their mothers to try to find new territory.

"When they're trying to get to new habitat, sometimes cities and towns are in the way. And in the Okanagan Valley, there's not a lot of habitat connectivity for dispersing animals to cross over from east to west or vice versa," she said.

To collar the evasive predators, the research team relies on trained hounds to sniff out the cougars during the winter. They then track down the big cats using snowmobiles. 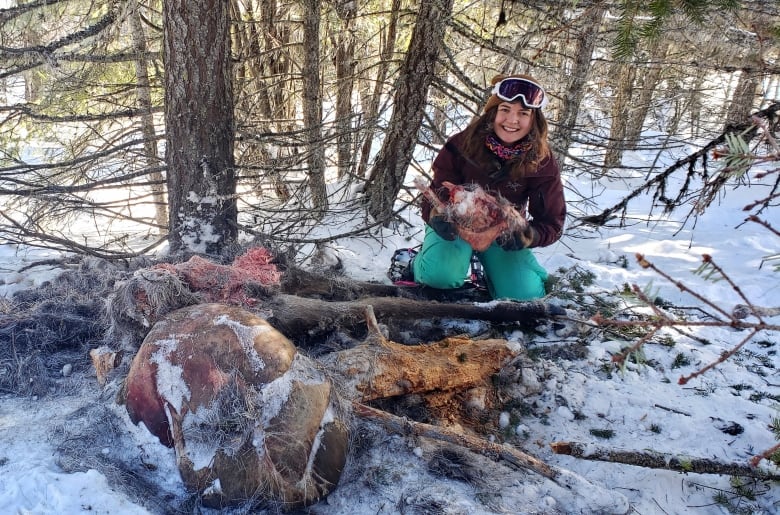 Project lead Siobhan Darlington is pictured next to a moose that was killed by a cougar. The research team sets up cameras at kill sites to monitor how cougars and their cubs progress. (Submitted by Siobhan Darlington)

"We bring our snowshoes and gear, and we hike in to where the cougars basically jump into a tree, and we can go find them and sedate them," she said.

Four of the female cougars the team have collared have given birth so far, and the team studies the cubs' progress by placing cameras at their mother's kill sites.

Many of those kills are mule deer. Darlington says the deer are the species that seem to be affected more drastically by human activity in the area. 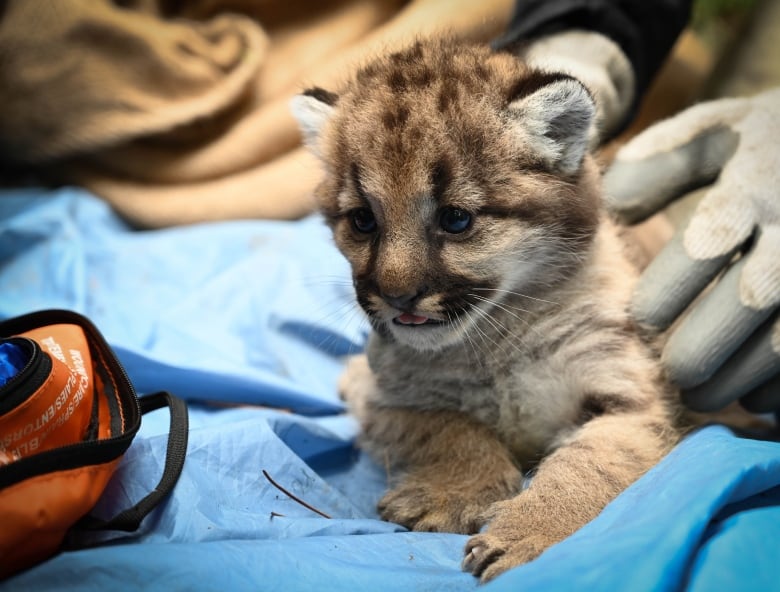 Four of the cougars the project collared have given birth to a total of 10 kittens since January 2020. (Submitted by Siobhan Darlington)

She thinks they might be more affected by cutblocks in the backcountry, since sparse forest makes them more visible to predators.

A related project, called the Southern Interior Mule Deer Project, aims to chart the population decline of the deer in the southern Okanagan.

The Southern B.C. Cougar Project is always on the lookout for volunteers, especially those who have trail cameras between Kelowna and Osoyoos. The project will continue to study cougar activity over the next few years.