How much are taxpayers really subsidizing Canada's fossil fuel industry?

This article by Emily Chung originally appeared on CBC News on March 09, 2022.

Features climate justice issues highlighted by Temitope Onifade, International Doctoral Fellow, a Liu Scholar and a Vanier Scholar at UBC, and author of a Canadian Climate Law Initiative report on fossil fuel subsidies, including the disproportionate negative impacts of fossil fuel production on low-income, fossil fuel-dependent and Indigenous communities. Below, Temi explains the connection between this report and UBC.

"UBC is a global leader in climate action, but we are also exposed to significant low-carbon transition risks, although there are opportunities as well. The report tells us more about those risks and opportunities. Fast-paced evolution of laws and policies on fossil fuel subsidies, including but not only in Canada, creates risks that would reverberate across the global economy, including loss of money, market disruption, stricter standards for getting credit, higher insurance premiums and, potentially, litigation. Anyone investing in the fossil fuel industry or assets tied to that industry and its products will lose money. UBC should immediately divert its investment away from companies and other portfolios that will be impacted by these changing laws and policies, and we need a specific climate and low-carbon transition and finance strategy, not just an ubiquitous Environment, Social and Governance approach, to do so. Since we will see significant impacts of the new laws and policies by 2023 at the latest when Canada has decided to phase out most fossil fuel subsidies, we need divestment sooner rather than later. Also, UBC has an opportunity to become a leader in the low-carbon innovation and just transition programmes and processes that will benefit from the influx of considerable finance redirected from the fossil fuel industry from the end of 2022. Now is the time to act if we want to be ahead of the curve. As the icing on the cake, taking these steps will contribute to reconciliation with Indigenous peoples. We know many Indigenous communities embrace renewables and would welcome divestment strategies shaped by the ideas of climate justice." - Temitope Onifade.

We've heard that Canada's fossil fuel industry gets billions in subsidies, and that it's making it harder for us to reach our climate goals.

But how much funding are taxpayers actually giving the fossil fuel industry in different parts of the country? What's it used for? And what impact does it actually have? Here's a closer look.

First of all, what's a subsidy, anyway?

There's no agreed-upon definition, even within Canada.

Canada's auditor general says that at its most basic level, a subsidy provides an advantage and can include tax measures such as deductions or credits, grants or direct funding (which may be earmarked for things like equipment or R&D), or government loans or loan guarantees(which are often described by the more specific term public financing).

Subsidies can also include reduced royalties or royalty credits — effectively, a discount on the lease of Crown land for oil and gas production. The lease agreement usually includes a share of the oil and gas produced, or its value.

The auditor general's definition is based on that of the World Trade Organization. It says a subsidy is a "financial contribution by a government or any public body… that confers a benefit."

More generous definitions, such as the International Monetary Fund's, also include "externalities" — costs to society, including environmental damage such as oil spills, health impacts from pollution and damage due to climate change impacts like extreme weather.

Narrower definitions exclude many of these things. 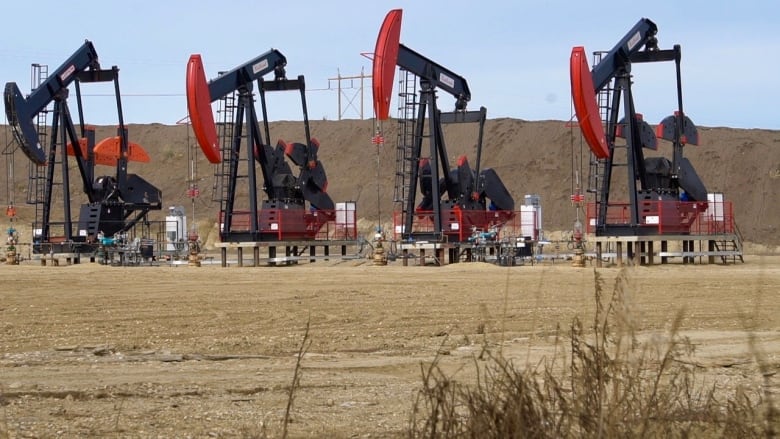 Pumpjacks extract oil in an Alberta oilfield. Unlike many other organizations, including Canada's auditor general, the Canadian Association of Petroleum Producers does not consider tax breaks to be subsidies. (Kyle Bakx/CBC)

Export Development Canada, a federal agency and an important lender for the fossil fuel industry, says the loans, equity and insurance it offers to fossil fuel producers are not subsidies, even though it's been argued that they're crucial for making private financial institutions comfortable about lending the balance of the funding needed for projects.

CAPP (The Canadian Association of Petroleum Producers) says it does not consider tax measures to be subsidies, despite a report from Canada's Parliamentary Budget Officer in December showing that tax deductions by fossil fuel producers reduced annual federal tax revenue by $2.3 billion in 2019.

What exactly is being subsidized?

It may not feel like it, but you and your family are probably the beneficiaries of some fossil fuel subsidies. You're also definitely contributing to some through your taxes.

Subsidies can make it cheaper to: 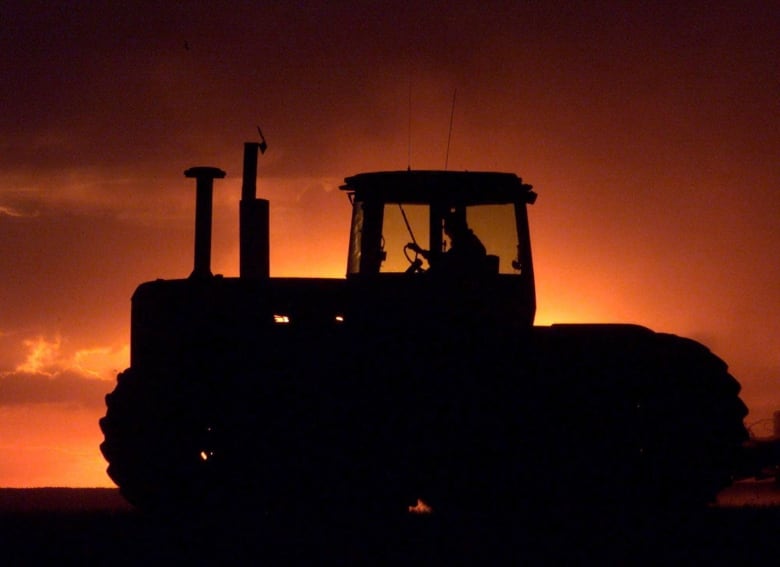 A farm tractor is silhouetted against a setting sun near Mossbank, Sask. Fossil fuel consumption subsidies, such as fuel tax exemptions, are often used to support industries such as agriculture. (Adrian Wyld/The Canadian Press)

How much does the fossil fuel industry actually get from taxpayers?

That depends on who you ask, how they define a subsidy and what data is used to calculate the total — resulting in highly variable estimates.

In Canada in 2020, estimates range from $4.5 billion (OECD) to $18 billion (Environmental Defence, including public financing to support pipelines) to $81 billion (IMF, including externalities), although most reports note that a lack of transparency makes complete and accurate calculations difficult.

Oil Change International, a research and advocacy group focused on getting the world off fossil fuels, recently reported that Canada provided more public financing for fossil fuels than any other G20 country, averaging $14 billion annually between 2018 and 2020. 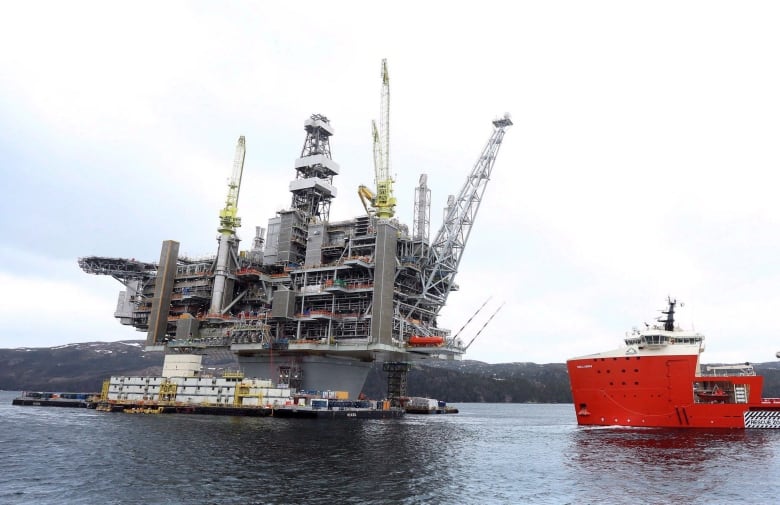 Why do these supports exist?

Governments support many industries considered beneficial for job creation or local economic development, from farming to the film industry.

Fossil fuel consumption subsidies in Canada are often intended to support other industries, such as agriculture, forestry and ordinary businesses and consumers.

Recent federal supports for production were emergency funding to address the economic impact of the COVID-19 pandemic, including $320 million for the oil industry in Newfoundland and Labrador.

Many of the researchers interviewed by CBC, including Rachel Samson, lead author of a recent Canadian Institute for Climate Choices report on subsidies, acknowledged that while production subsidies may have made sense in the past, they no longer do in the global context of climate change and countries' plans to phase out fossil fuel use.

"Fossil fuel production is really no longer the secure source of growth and job creation that it once was," Samson said.

Why are many groups calling for an end to fossil fuel subsidies?

"It's really locking in an energy system for the coming decades in a way that goes completely counter to what scientists and everyone fighting for climate action is really encouraging." 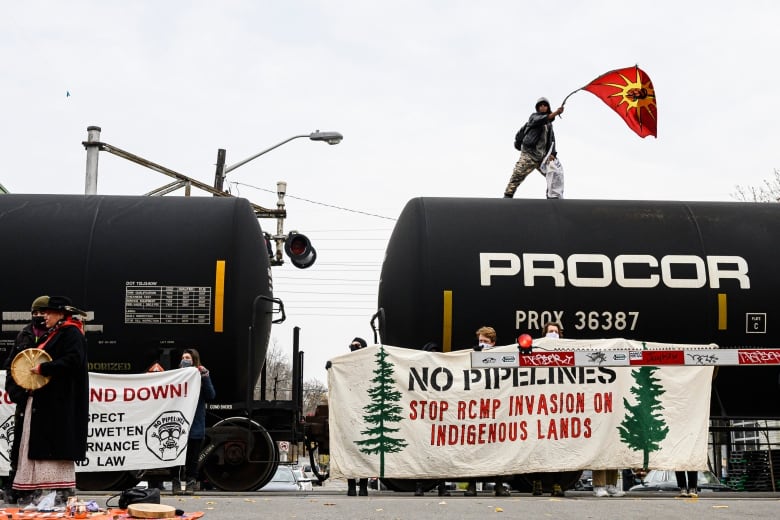 Protesters block a rail line in Toronto in 2021 in support of Wet'suwet'en land defenders who were arrested by the RCMP in northern British Columbia. Indigenous people are among the groups that are more often negatively impacted by fossil fuel production, researchers say. (Christopher Katsarov/The Canadian Press)

The money could otherwise be invested in valuable things, and more equitably.

Subsidies are often proportional to energy use, so those who use the most energy — typically the rich and wealthy —tend to benefit the most, the IMF says.

The money spent on fossil fuel subsidies could be better and more equitably spent on the clean energy transition, along with things such as health care and education, many researchers argue.

"We're not pumping money where it should be going," Onifade said. "Subsidies take that money from all of us."

Many countries have committed to ending fossil fuel subsidies, including Canada.

In 2009, under prime minister Stephen Harper, Canada joined other G20 countries in agreeing to "phase out and rationalize… inefficient fossil fuel subsidies" over the "medium term."

This past November, during the UN climate summit in Glasgow, Canada was among 24 countries that promised to cut subsidies that help oil and gas companies operate and expand outside the country by the end of 2022. Canada also committed to phasing out "inefficient" domestic fossil fuel subsidies by 2023, including those promoting further exploration and production of fossil fuels, but not investments to reduce emissions in the sector. 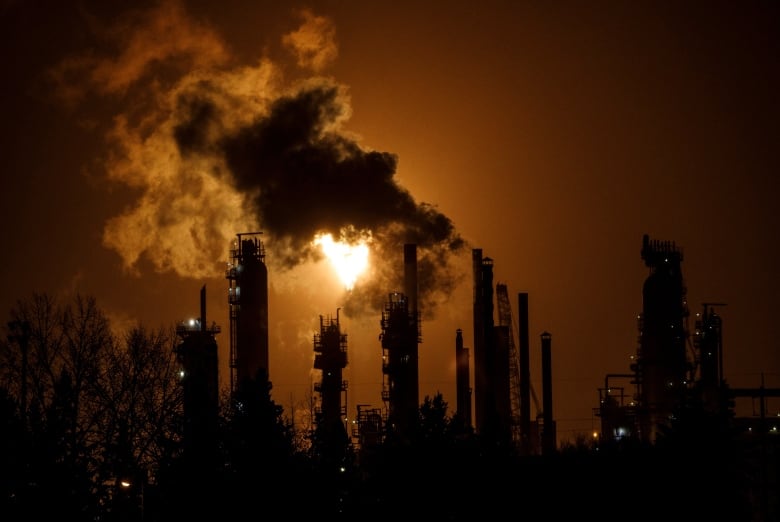 A flare stack lights the sky from the Imperial Oil refinery in Edmonton in 2018. (Jason Franson/The Canadian Press)

So are subsidies actually being phased out?

At the federal level, the government has made changes to some tax measures that used to support fossil fuels, said Samson.

Export Development Canada has committed to net-zero emissions by 2050 and has set a 2023 target for reducing its financing support to the six most carbon intensive sectors by 40 per cent below 2018 levels. But Samson said, "It remains to be seen how that's implemented." 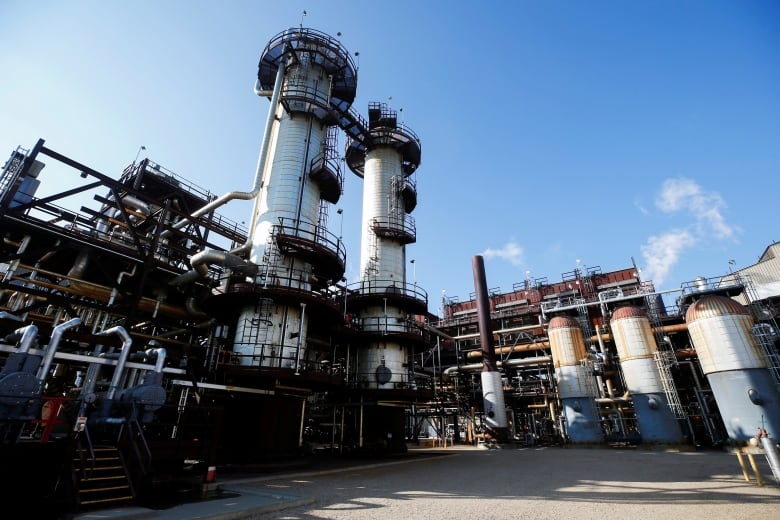 Shell's Quest Carbon Capture and Storage (CCS) facility in Fort Saskatchewan, Alta., is seen in 2021. While the federal government is phasing out some supports for fossil fuel producers, it's also bringing in new supports, such as a proposed tax credit for carbon capture and storage. (Todd Korol/Reuters)

The IISD found that direct spending on fossil fuels under non-pandemic federal initiatives declined to $90 million in 2020, from $600 million a year earlier. (Most of the rest of the $1.91 billion in "quantifiable" federal fossil fuel subsidies were one-time pandemic-related supports — although that was the highest amount ever.)

However, Canada is still behind on its G20 commitment to phase out subsidies. A key early step is that countries have been paired up, and each has to produce a list of subsidies for its partner to peer review. Tucker said while other countries have completed that step, Canada and its partner, Argentina, have not.

The federal government is also adding new support for the fossil fuel sector, including:

At the provincial level, there are no commitments so far to phase out subsidies.

Vanessa Corkal, author of the IISD reports, said B.C.'s ongoing review of its oil and gas royalty system is a "positive first step... Hopefully B.C. will listen to the results from that review and actually implement an ambitious change.."

The IEA has suggested that one thing that could help the industry transition is more research and development funding.

However, Corkal warns that strong conditions would need to be attached to prevent companies from effectively using that kind of money to expand fossil fuel production.

Samson acknowledges that the government may need to play a role in helping move forward some riskier investments in new markets, such as hydrogen.

But Samson and Corkal say policies such as carbon pricing and regulations such as methane emission regulations and the Clean Fuel Standard will go a long way to encourage companies to invest their own money in low-carbon assets and projects that reduce emissions.

"I don't always think handouts are the best option," Corkal said. "We can thrive in a low-carbon economy if we make the right policy decisions and if we support workers and businesses and communities to do so. And that's going to be harder the longer that we provide support and the subsidies for fossil fuels, because that will undermine all the positive actions we're taking."